Let this mind be in you

I implore Euodia and I implore Syntyche to beof thesame mindin the Lord.

Only letyour conduct be worthy of the gospel of Christ, so that whether I come and see you or am absent, I may hear of your affairs, that you stand fast in one spirit, withonemindstriving together for the faith of the gospel,

1Therefore if there is any consolation in Christ, if any comfort of love, if any fellowship of the Spirit, if any affection and mercy, 2fulfill my joy by beinglike-minded, having the same love, beingof one accord, of onemind. 3Letnothing be done through selfish ambition or conceit, but inlowlinessofmindlet each esteem others better than himself. 4Leteach of you look out not only for his own interests, but also for the interests of others. 5Letthismindbein youwhich was also in Christ Jesus, 6who, being in the form of God, did not consider it robbery to be equal with God, 7but made Himself of no reputation, taking the form of a bondservant, and coming in the likeness of men. 8And being found in appearance as a man, He humbled Himself and became obedient to the point of death, even the death of the cross.

15Therefore letus, as many as are mature, havethismind; and if in anything you thinkotherwise, God will reveal even this to you. 16Nevertheless, to the degree that we have already attained, letuswalk by the same rule, letusbeof the samemind.

18For many walk, of whom I have told you often, and now tell you even weeping, that they are the enemies of the cross of Christ: 19whose end is destruction, whose god is their belly, and whose glory is in their shame — whosettheirmindon earthly things. 20For our citizenship [commonwealth]is in heaven,

24Then Jesus said to His disciples, "If anyone desires to come after Me, lethim deny[ignore]himself, and take up hiscross, and follow Me.  25For whoever desires to save his life will lose it, but whoever loses his life for My sake will find it.  26For what profit is it to a man if he gains the whole world, and loses his own soul? Or what will a man give in exchange for his soul?  27For the Son of Man will come in the glory of His Father with His angels, and then He will reward each according to his works [his deeds; Greek = praxis].

The thiefdoes not come except tosteal, and to kill, and to destroy.

7 Because themindset on the fleshis enmity against God; for it is not subject to the law of God, for neither can it be.

But I fear, lest somehow, as the serpent deceived Eve by his craftiness, so yourmindsmay becorruptedfrom the simplicity that is in Christ.

21And you, who once were alienatedand enemiesin yourmindby wicked works, yet now He has reconciled 22in the body of His flesh through death, to present you holy, and blameless, and above reproach in His sight—

1If then you were raised with Christ, seek those things which are above, where Christ is, sitting at the right hand of God. 2Setyourmindon things above, not on things on the earth. 3For[because]you died, and your life is hidden with Christ in God.

Therefore gird upthe loins ofyourmind, besober,and rest your hope fully upon the grace that is to be brought to you at the revelation of Jesus Christ;

1I beseech you therefore, brethren, bythe mercies of God, that you presentyourbodiesa living sacrifice, holy, acceptable to God, which is your reasonable service. 2And do notbeconformed to this world, butbetransformedbythe renewingof yourmind, thatyou may provewhat is that goodand acceptableand perfectwill of God.

20Butyou have not so learnedChrist, 21if indeed you have heard Him and have been taught by Him, as the truth is in Jesus: 22that you put off, concerning your former conduct, the old man which grows corrupt according to the deceitful lusts, 23and berenewed inthe spirit ofyourmind, 24and that you put onthe new manwhich was created according to God, in true righteousness and holiness.

1And you He made alive, who were dead in trespasses and sins, 2in which you once walked according to the course of this world, according to the prince of the power of the air, the spirit who now works in the sons of disobedience,

6Therefore I remind you to stir up the gift of God which is in you through the laying on of my hands. 7For God has not given us a spirit of fear, but of powerand of loveand of a soundmind.

6Beanxious for nothing, but in everythingby prayerand supplication, with thanksgiving, let your requests be made known to God; 7and the peace of God, which surpasses all understanding, willguard your heartsandmindsthroughChrist Jesus. 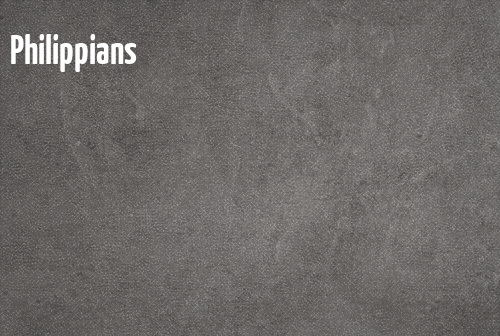